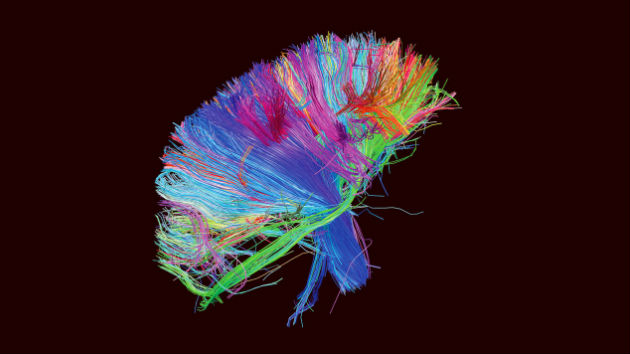 Today, Muse‘s sixth album, The 2nd Law, collided somewhere in a US desert.  “Lol,” you might be saying.  But no, this album offers as much curiosity as a hunk of meteoric rock found nestled in some lost corner of New Mexico.

First off, Muse’s last album, The Resistance, never sat too well with me.  My first listen to The Resistance, little more than three years ago in September 2009, was one of slight disappointment.  They lost the astronaut-gone-mad, shit-kicking vibe of Black Holes and Revelations, and had a much mellower, though still catchy, vibe to their tracks.  There was a noticeable influence of U2.  I’m not a fan of U2.

The big hit songs from Resistance (“Resistance,” and “Undisclosed Desires”) had verses comprised of lightly textured drum sequences, with synths queuing the choruses. Even “Uprising,” the album’s leadoff track, though heavier than the rest of the album, had a formulaic structure that made me feel as though I couldn’t see merit in it.

In the three years since the album came out, I have given it more listens, and I am comfortable in saying it sits well with me now.  It is not a bad album, but it sticks out in my mind because I usually eat up Muse with a spoon.  The initial shock of The Resistance was my problem with the album.

It was just that though, it was my problem with the album, not the album’s problem.

Why did I write that nugget of history? Because it has some influence on my interpretation of The 2nd Law.  I’m loving this album right now.  I have listened to it through only once, and I feel as though I’ve known it for a long time.  Is this a good thing or a bad thing? Is Muse rehashing their stuff? Save that argument for later.  What I know now is I like this.

“Supremacy” is a tremendous leadoff for the new album.  Muse skip the foreplay for this album.  No intro of strings or glitchy computer blips, Bellamy wakes you up with palm-muted rakes of his distorted guitar, and dives right into the goodness.  The song hinges on a single-note riff that fits just awkwardly enough in drummer Dominic Howard‘s thumping kick drum to make you listen intently.  It makes you wonder how they made that happen.  Those single-note riffs are the bread and butter of classic Muse.  I didn’t realize how much I was smiling.

A chorus of strings backs Bellamy’s vocal through the verse, and he heralds the chorus: “your suuuupremacaaaayyyyy…” he cries in a sickly high falsetto.  His notes rise just enough to make you feel strained and uncomfortable.  Your skin crawls.  You hear an unhumanness in his vocal cords.  The single-note riff crash-lands.  This is Muse.

“Madness” – I’ve been listening to this track for weeks now.  The first single released off The 2nd Law, like the entirety of Resistance, didn’t sit well with me at first.  I didn’t hear anything in it.  But I’ve since listened to the song a few dozen times, and have become a real proponent.

The kick-and-snare verses are a skeleton upon which the wobble synth adds muscle.  Bellamy’s vocal is the delicate skin.  I didn’t realize this at first, but have since come to appreciate it.  You might think it’s a pretty sparse song at first, but it turns out to be quite beautiful.

I read this somewhere else (currently blanking on the source at the moment) and shall regurgitate it here: the super-compressed guitar solo is reminiscent of Brian May‘s work.  I can’t agree more with this sentiment.  Heavily staccato, but with beauty, it is like a concise haiku.  Repeat readings reveal more beauty to the audience.  It is the all-too short gem of the song that shines immediately before the eruptive final chorus.

“Panic Station” is the birth of Spacefunk.  I’m convinced.  Maybe Ol’ Gregg could tell you some story about Bootsy Collins and The Funk in outer space, but this track sounds absolutely unearthly.

Take the Red Hot Chili Peppers’ work from the early 1980s and put it on the surface of the moon.  Strap “Suck My Kiss” to the Saturn V rocket.  The end result is “Panic Station.”

How does Muse evoke the aural concept of space so well?  Copious amounts of wah, flangers, and other processing.  It’s inherently noticeable in their tracks, but they do it so tastefully.  You know a computer has had his hands all up in their tracks, but you don’t mind the sloppy seconds if they sound like this.

The bass pulses and skips beats like an arrhythmic disco grizzly bear.  What does that even mean? I don’t know, but Muse made me feel that way when they dropped this track.  During the chorus, Chris Wolstenholme‘s bassline crawls around the room, bringing movement to the track while Bellamy’s guitar hook hangs in the air, glistening like far away stars.

“Follow Me” reminds me a lot of “Invincible” from Black Holes, and it’s a good track of substance for the album.  It isn’t going to blow you away with heavy-rocking guitars or triplet drum blasts a la “Assassin” but it gives you something to chew on instead.  It opens quietly and goes on to build a verse similar to many tracks  in Resistance, a 16th note tom-tom being rolled in the back while ambiguous strings and synths establish the chord changes of the song.

The chorus ups the heat with the throbbing of an enveloped bass synth.   All of a sudden, your head is bobbing.  Bellamy’s vocal, as always, soars over the track and makes you ponder the merits of founding a martian utopia.  This track would be the battle cry of a fledgling moon colony.

Dammit, I have no idea how they put these thoughts in my head.

“The 2nd Law: Unsustainable” is Muse’s foray into rock/dubstep.  It’s not exactly a surprise, because they used a snippet of the track to announce the album a few months ago.  That doesn’t make it any less great, though.  It was inevitable.  Muse, arguably the most electronic of rock bands, was bound to experiment with the most hard-rocking electronic music.

An army of strings open the track, and give an epic importance.  Like a movie soundtrack, you feel invested.  A female newscaster rattles off details about depleting energy sources, and finally tells us that the economy built around the current rate of growth on Earth is unsustainable.  I imagine the band’s only solution to this problem would be the colonization of nearby planets.  …There I go again.

It sounds like Bellamy is using his guitar with a built-in Kaossilator to give the track the wub-wub it needs to be classified as dubstep.  I really love it when guys go and mod their guitars with other instruments.  Maybe one day I’ll write a post about Jack White’s Anniversary Jr., and why it’s existence is integral to the music industry.

The track, though good, is not really one of substance.  It’s a novelty.  It feels like Muse did it because they could, not really because it had to be done.  “Why did you put it in your Key Tracks?” Because it needs to be heard.  It’s the kind of song you crank on your car stereo for your friends because they haven’t heard it yet.  It’s the kind of track that makes people say “Wow, this band is different,” and piques their interest to dig deeper into the discography.  Like an Andes mint after a huge meal, it’s not necessary that you consume it, but it’s quite enjoyable.